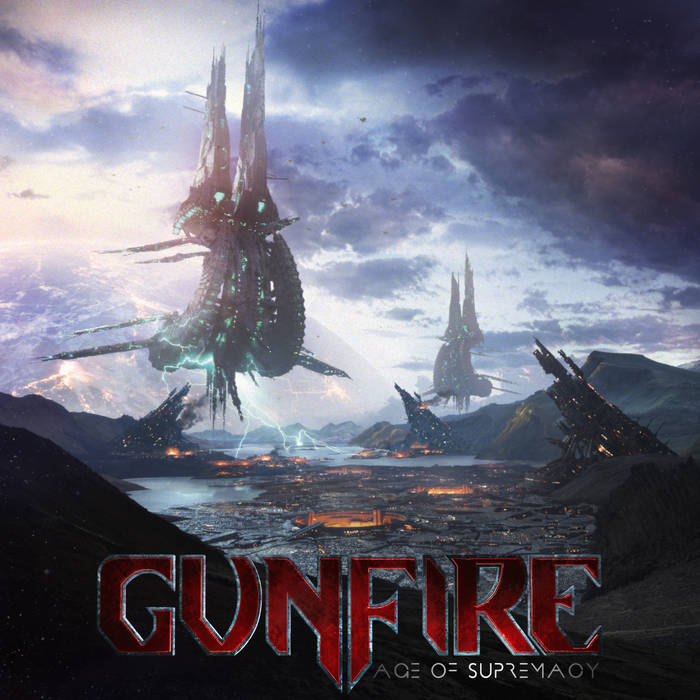 nofatclips 1st, 2nd and 3rd listen: some of the finest power metal out there. Riffs and melodies cooperate in a perfect synergy! Favorite track: Man and Machine.

Bruce Top shelf power metal with a neat concept. Great writing and execution. No reason not to own this if you love a great sci-fi story well told in musical form. Favorite track: Man and Machine.

Morts Love the concept and story, love the music! Generally I'm pretty picky about sci-fi, but a series of books based on this concept would be freakin' awesome! And power metal is a brilliant forum in which to present this tale! Kinda like Arjen Anthony Lucassen writing for Savatage or something... Favorite track: Man and Machine.

About "Age of Supremacy":
the idea behind the concept of the album ‘Age of Supremacy’ is the history of mankind that left the earth 1000 years ago and is now divided into two
factions that evolved in different ways.
The children of Heron built the 'City of Light', a planet machine that was the basis of a civilization that wants to preserve the species and built intelligent machines to scan the universe in search of resources. In a different quadrant evolved the civilization of Mossh. A big misunderstanding is at the root of a fratricidal war that puts in contrast the two civilizations, an intangible entity causes a form of madness and threatens the two peoples which will give the blame to each other.
The story is not based on the fight between good and evil but rather the inability of communication between two peoples in the distant and hypothetical future, as often happens today. This is the reason of war and destruction.

Metal Observer :
"With equal focuses on speed and melody, it’s definitely one of the most solid all-around albums I’ve heard this year... the songwriting chops, the talents of Borrelli, and the catchy riffing all make this one of the most enjoyable albums this year, and definitely the most surprising one so far." (8,5 / 10)

About the band:
Gunfire are born in Ancona in 1983 and in 1984 they record their first, self-titled mini Lp (4 tracks), nowadays a pretty rare and expensive collectable item. They broke in 1986 and come back in 2000 with original line-up except the drummer, adding a second guitar. "Thunder of War" is out in 2005 by german label Battle Cry. Drummer Marco Bianchella plays also in symphonic-gothic band The Dogma.