Get fresh music recommendations delivered to your inbox every Friday.

From The Solitary Woods (Feat. Witchwood) 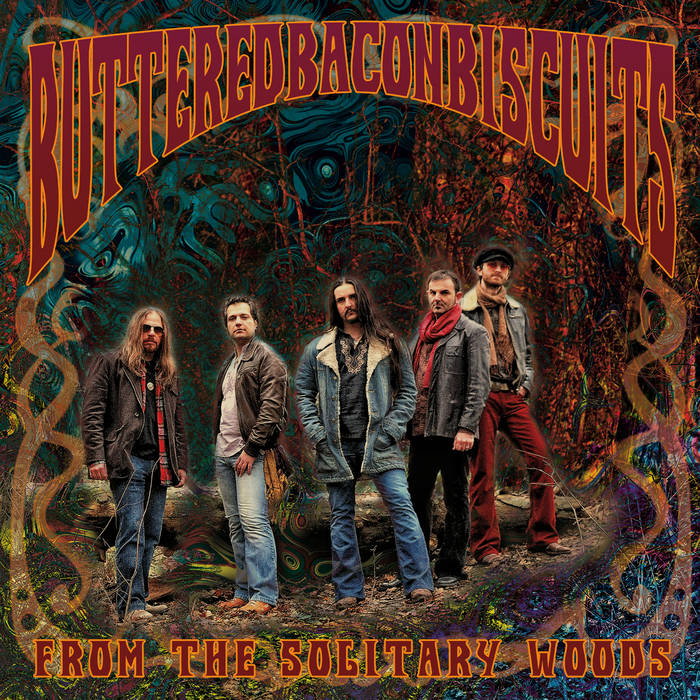 Alrihkh Being a big fan of Witchwood, I had to check out BBB. I quite like their bluesy, classic rock leanings; and their Heep-ishness. This is a solid rock album. There’s a good mix, too, between rockers and more balladic songs. It never gets too hectic. The pace is right on for me. I think I kept it in my wish list a little too long. This is really quite a good listen. Recommended. 7.5/10. Favorite track: Losin' My Pride.

paintelectric This album is just a fun mashup of that sixties sound of bands like "Atomic Rooster", but then all this later prog rock bits and pieces are tossed in. Retro, but playful enough not to fall into maudlin nostalgia.

Bucky What a well executed and masterfully written album. If you're here you probably have the Witchwood stuff already and this is the prelude to that. If you're new, sit back, relax and let the melodies drift you away to a time when the sun baked oranger and the smoke rung heavier. BBB bring classic rock full circle including haunting keys, arena filling rhythm, mind-melting psych, and deep brooding blues with a vocal package soaring at the crossroads of Dickie Betts meets Use Your Illusion era Axl Rose.

Simone I've already searched the www for a digital copy of this one - no luck .... till yet! Thanx Jolly Roger and Thanx Witchwood!

The Buttered Bacon Biscuits are born as a side project of other different bands, around in 2008, by the meeting of musicians belonging to other bands from the surroundings of Faenza and Forlì, but after some months they become a new reality for all the members. The band is composed by Ricky Dal Pane on vocals and guitars, Alex Celli on guitar, Alessandro Aroni on bass and Antonio Perugini on drums. The agreement inside the band result to be so high that it brings them in a short time to record their first album “From the Solitary Woods”, which is released at the end of 2009 as self-produced Cd. During the recordings, a new member joins definitively the band, Stefano Olivi on hammond and keys.
The album is excellently welcomed both from criticism and from the public, getting very good reviews on well-known italian and foreign magazines and the band starts a series of concerts to promote the album, appearing as live-guests in Italy for bands like Uriah Heep and Jethro Tull.
They are influenced by many groups like Black Sabbath, Pink Floyd, Deep Purple, Genesis, Uriah Heep, Humble Pie, Allman Brothers, Doors, Neil Young, Blue Oyster Cult, Genesis, Atoomic Roster, King Crimson, all beloved 70 music, flowed in a sound mixture filtered by their own personality. Old-school rock music with ballads and psychedelic visions, instinctive and open-minded, in continuous evolution, note by note.
At the end of 2010, Andrea Palli (from Bad Ambition) replaces Perugini on drums and with him, B.B.B. begins to write new songs for the new album, but due to growing personal and musical differences on how keeping on the band they split and Ricky Dal Pane starts a new project, baptized Witchwood, again with Stefano Olivi and Andrea Palli and with new arrivals Luca Celotti on bass and Samuel Tesori on flute.
Disappointment for the previous split makes Ricky, aware of the appreciations received with "From the Solitary Woods" of which he's the main music and lyrics composer, even more determined and enthusiast about the new project, reaching its goal: debut "Litanies from the Woods" (Jolly Roger Records) with a so similar title to the previous B.B.B. album, is considered both in Italy and abroad as one of the best hard / prog album of 2015, bringing out, deservedly, its great talent.
This reissue, with a "new" artwork, makes available again on Cd and for the very first time on Lp format, a great album with huge potential, then fully expressed in Witchwood, creating infact their roots.

Official Release date : 15th May 2017
Available on Lp, Cd
For infos and orders : www.jollyrogerstore.com/release.php?id=66
"Into the Wilds" Lyrics-Video : www.youtube.com/watch?v=fzrMX3DauSo

"From The Solitary Woods" sounds like the Black Label Society with a decent singer, an Allmann Brothers Band with some Mexican peppers in the place where the sun never shines, Led Zeppelin if they had stayed together and Gov’t Mule sounding like, well... Gov’t Mule. This is up-tempo, heavy rock with plenty of fine riffs and guitar solos, heavy
bassing while jamming. Nice, nice, nice! Come on, be a sport and try something new on your musical menu. Then I will let you in on a secret: the Buttered Bacon Biscuits are not from Georgia at all, but from Italy! Ah, never mind, just listen to the intoxicating long jams and when you get hungry have some biscuits with butter and bacon.
- Background Magazine (Holland)

Dear classic rock fans, please note Italy's Buttered Bacon Biscuits on your next shopping list. You won't regret this surely. 'From The Solitary Woods' is certainly an impressive first effort, presenting a young band that is very experienced in their field. With insolent yet earthy guitar riffs, a booming bass, dynamic percussion, and songs
that make you think there won't be a tomorrow, the five musicians bring you back to the golden era of 1970's progressive hardrock. One is reminded of bands such as Deep Purple, Jethro Tull or Atomic Rooster, so it is clear that Buttered Bacon Biscuits are no innovators. Well, I don't mind at all. The tunes have great riffs and solos without getting
lost in the haze. That's all embedded in tight arrangements that at the same time are multifaceted.
The album is rounded off by a strong and powerful production that gives a modern feel to the eight tracks which are saturated with the spirit of the 1970's. 'From The Solitary Woods' is a remarkable debut which might be of interest to 70's rock enthusiasts. As I remarked earlier, you won't regret this surely. I give the thumbs-up!
- Cosmic Lava