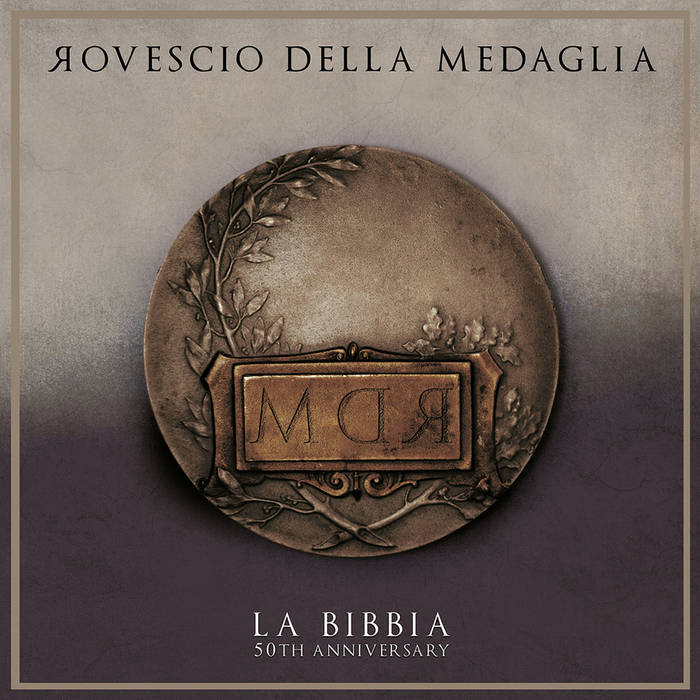 Carsten Pieper As I liked their Contaminazione 2.0 and Jolly Roger Records put up a nice Bandcamp Friday offer, I couldn't resist their next re-recording/reworking project. Favorite track: Il Giudizio.

Jacampanman This is Italian hard rock from 1971. That fact alone is surprising enough, but, if like me, you only know this band from their classic 1973 prog album 'Contaminazione' then you are likely to be in for quite a shock. A revelation, in fact! This really is 'The other side of the coin' (as their name translates in English). Excellent musicianship backed up by a powerful vocalist. All-in-all a pleasant surprise of biblical proportions! ;-)

Il Rovescio della Medaglia was born in Rome in 1970 from an idea of guitarist Enzo Vita, then Stefano Urso on bass, Gino Campoli on drums and singer Pino Ballarini joined the band. Unlike many prog-rock bands of the time (PFM, Banco del Mutuo Soccorso, Orme, Osanna,...), they chose not have a keyboard player, aiming to offer so a straight hard rock sound with a strong live impact. Showing great skills with their instruments, they played live at many festivals in in Italy. In 1971 they signed a deal with major RCA to record their first album entitled “La Bibbia”. Recorded live in only one day (!) it’s a “rock bomb” and immediately a triumph among critics and audiences. In 1972 they recorded their second album entitled “Io come Io”, inspired by Hegel's philosophy. Then they started to tour (also outside Italy) and play live with their “rare” huge music-equipment, infact at the time owning more than 10 thousand watts of power was thing reserved to few groups. At their shows people was hit by a sonic avalanche! In 1973, Luis Enriquez Bacalov, famous orchestra conductor and composer of many motion-soundtracks (won a Oscar with Troisi's “Il Postino”) contacted the band to propose to work together on a new album that would have melt rock to symphonic music. For Bacalov it was the third experience like this, after the previous successes with New Trolls (“Concerto Grosso”) and Osanna (“Milano Calibro 9”). The result of this cooperation was the album "Contaminazione". It’s considered a milestone of the italian progressive rock, taking inspiration from by J.S. Bach’s preludes and fugues while lyrics tell the alleged theme of a Scottish son not recognized by the great Austrian composer. It was a worldwide success, so high that RCA company also released an english language version with the title “Contamination”. To present live the new album Il Rovescio della Medaglia recruited a keyboard player, Franco Di Sabatino, from Paese dei Balocchi band. Unfortunately later their truck with the equipment is stolen and even if the most famous bands of the time organized a concert to help them, at the “Piper” in Rome, the band feels the blow: the singer left and after a new single, they decided to quit. Founder Enzo Vita began his career as session-man collaborating with many Italian artists and in 2011 gave new life to the band releasing a new album “Microstorie” with Roberto Tiranti (Labyrinth, New Trolls,…) on vocals. In 2016 it’s time for another new album, entitled “Tribal Domestic” (with major Sony) back to a progressive and symphonic rock sound as the first album “La Bibbia”. Featuring Chris Catena on vocals with the help of the first singer Pino Ballarini and many international session-musicians. In 2017 Enzo Vita contacted bassist Andrea Castelli (Shabby Trick, Silver Horses, Mantra, Cappanera…) to form also a live-band to bring on stages once again their music.
From this collaboration they release "Contaminazione 2.0" (2020) recorded live in San Galgano and totally focused on their album "Contaminazione" and now "La Bibbia - 50th Anniversary" (completely re-recorded) to celebrate the 50th anniversary of the debut; the record gave at the time the "Italians Black Sabbath" nickname to the band: for fans of the genre it can be considered the first Italian Hard Rock album for its original heavy sound, so dark and powerful thanks also to the excellent skills of the musicians.

Available on Lp, Cd
For infos and orders :
www.jollyrogerstore.com/release.php?id=109