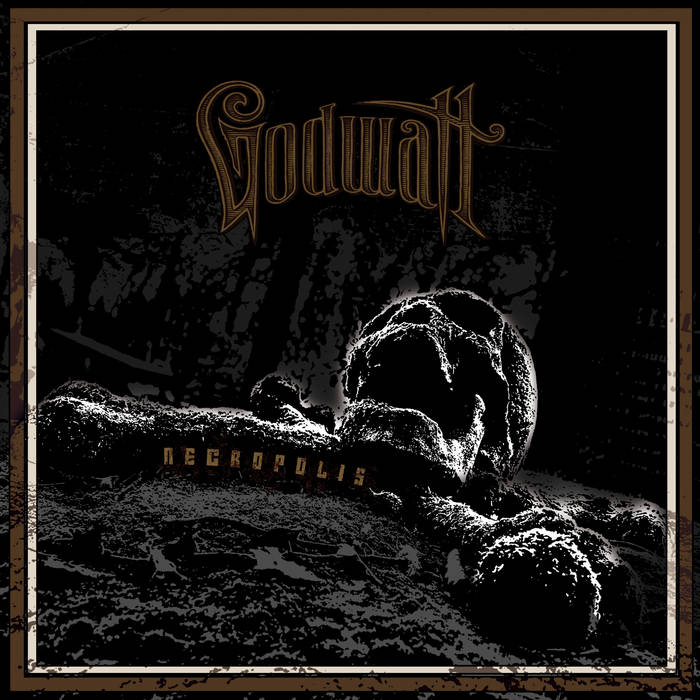 Emperor of the Underground of Doom..

GodWatt Redemption begin their activity in June 2006, when three friends, deeply moved by low tune and sulphureus notes, decide to "set up" a heavy rock-stoner/doom band. After the releases of a Demo Cd (2007), 2 self-produced albums ("The Hard Ride of Mr. Slumber" in 2008 and "The Rough Sessions" in 2012), they decided to carry on the project changing their name in Godwatt and also the lyrics from english to italian, tryin’ to trace a personal “path” in the stoner/doom musical scene.
From the new “birth” were self-released “Senza Redenzione” (2013) and “MMXVXMM” (January 2015) a “comeback” to the original sound and style of the band, darker and heavier then the previous releases. Both albums were well acclaimed from critics and people and caught the attention of Jolly Roger Records released "L'ultimo Sole" (2016) on Cd and Lp featuring 7 tracks from "MMXVXMM" and 2 tracks from "Senza Redenzione", completely re-recorded (Cd Only).
"Necropolis" is the brand new album, a dark doom-metal monolith obeying to all rules of the genre but with a personal musical perspective.
Strongly suggested to fans of Black Sabbath, Spiritual Beggars, Cathedral, Alice in Chains, Kyuss, Witchcraft, Monster Magnet,...