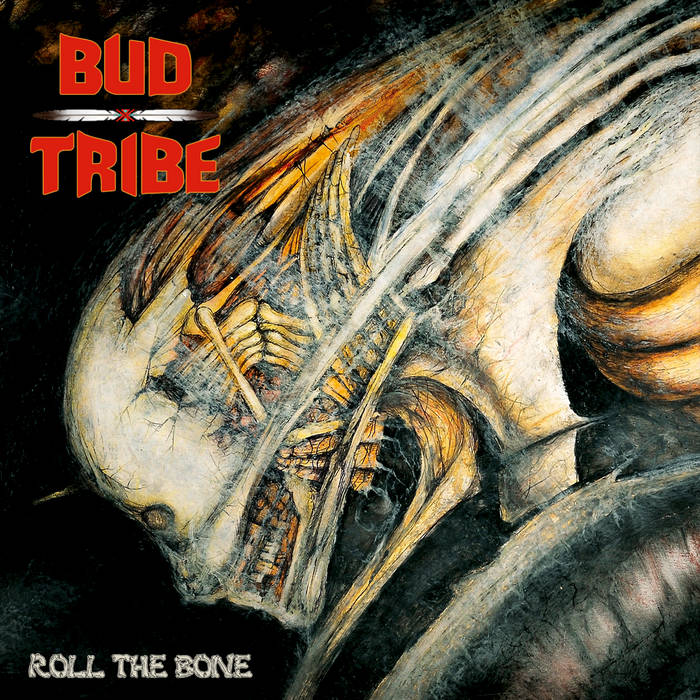 For the founding member of Bud Tribe, Daniele "Bud" Ancillotti, music is more than a passion, is a real reason of life. This is why, not appeased that he was the voice of one of the most esteemed and loved italian HM bands, Strana Officina, the charismatic singer in the summer of '94 gathered around some old friends and started a new band. There was no discussion about the name to baptize the newborn formation: being part of a tribe means being united by welded bonds and the love for the heavy music is infact an inseparable bond. Next to the singer the brother-bass player Sandro "Bid" Ancillotti, co-founder of the "Tribù". The couple of axes is formed by Marcello Masi (who passed away in 2002, played also in The Bud Blues Band and in Strana Officina) and Leo Milani (Sabotage). To them joins the drummer Dario Caroli (Sabotage, L'Impero Delle Ombre, session-guest for Death SS). The result of this collaboration is the debut Cd entitled "On the Warpath" (1998). In 2001 a friend of the band who works in a tattoo-shop in Miami, Florida, listens to an unreleased track of the band and fate wanted that song is heard also by Alex Marquez (drummer of Malevolent Creation and Demolition Hammer) and by James Murphy (Death, Obituary, Testament) who are pleasantly impressed to the point of offering to write the lyrics.
There is no time to finish the deal and it happens the attack on the twin towers 11th September. Following this tragic event, the guys from Miami ask the band if they agree to re-record that track with new words, inspired by that tragedy. The band accepts and so "In Rememberance" is born.
The single is printed in 2000 copies and sold in the States only and the gains are donated entirely as charity to the families of the victims of the attack. Following the requests of italian fans, "In Remembrance" is also printed on Cd in Italy. Meanwhile, the band begins the pre-production of the new album. In 2002 fate deprives the band of his life and long stage-friend Marcello Masi; it's a big loss for Bud and his Tribe, but the love for music and the support of the fans who beg the band not to give up, makes the Bud Tribe back to work on the new songs, because "Marcello too would have wanted so” reminds Bud. In 2006 the band's work stopped due to the sudden reunion of the Strana Officina. The official release of "Roll The Bone" so takes place only in 2009, a true and heartfelt record containing the roots and all the essence of metal, with a surprise: three songs in native language, an act of love for italian fans who have never stopped supporting them through the years.