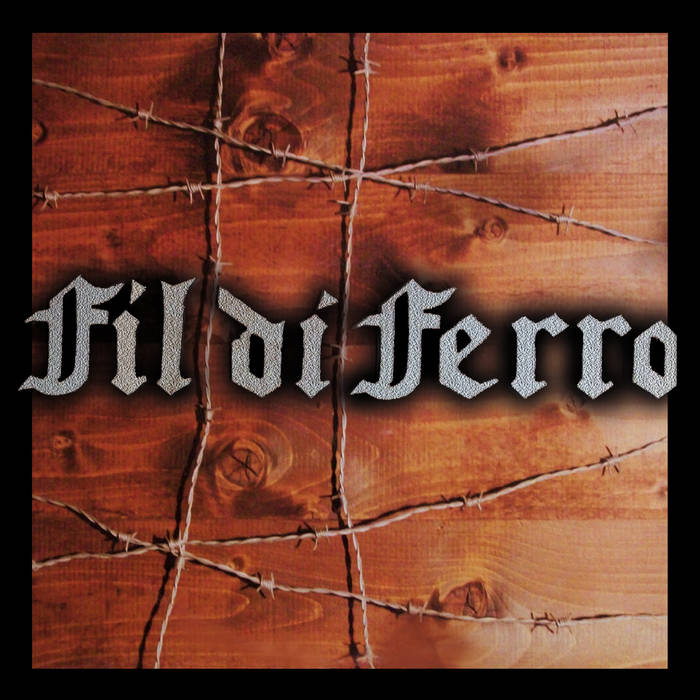 Fil di Ferro, from Turin, were born in 1979, from the meeting of the drummer Michele De Rosa and the bass player Bruno Gallo Balma, also founders of bikers movement"Hurricanes MC". They quickly stand out from the italian underground hm scene and win in 1983 a local music festival and then appear in Rai (the biggest italian tv channel at the time), recording videoclips for "King of the Night" and "Shadow", both tracks available in the first 1984 demo tape. In 1986, with new vocalist Sergio Zara and guitarist Claudio De Vecchi, they record first album "Hurricanes", produced by Beppe Crovella (Arte e Mestieri). With new guitarist Miky Fiorito, Fil di Ferro records the second album "Fil di Ferro" in 1988: drums are recorded at Fonit Cetra in Milan and the other instruments at Medicina Studios in Bologna. The album features the important Guy Bidmead (Motorhead, E.L.&P., Yes) and thanks to his help and work the sound results far better than the previous, giving justice to their talent and musical power. The new version of the “Hurricanes” track (originally included in their first album) is included in the “Italian Rock Invasion” compilation, produced by Pete Hinton (Saxon). All the artists included in this compilation later performed at the prestigious Hammersmith Odeon, in London. The whole show is broadcast on the major italian Tv channer Italia 1, during the “Rock A Mezzanotte” special. To promote the album they tour Europe in 1990 with dates in France and Switzerland, reaching Lamone Open Air Festival, with Saxon, Krokus, Strana Officina, Vengeance and more.
In 1991 Sergio Zara leaves the band and with new lines-up Fil di Ferro records two new albums " Rock, Rock Rock" (1992) and "It will be passion" (2005) and two singles. "Fil di Ferro" at the time released only on vinyl, is now available for the first time in Cd format, completely remastered.